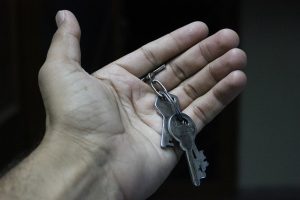 In this mystery school, tarot card meanings are not even regarded as meanings of “cards”.  They’re  call “keys.”

What do tarot card meanings have to do with keys?

The meaning of each tarot card amplifies by SEVEN with this one simple shift alone (which I’ll explain in just a moment).

Because as you’ll soon understand, tarot cards are NOT what most people think!

Most people will tell you that the original 72 card Tarot Deck was just a card game somewhere in Europe and they happened to start doing divination with it.

This is simply not the case.

Why? Because, while at one point it may have been a card game, it’s origins are MUCH earlier than that.

And the cards are not drawn randomly.  There are no pokemon to collect.  You don’t win against someone else.  Whoever told you that doesn’t know what they are talking about.

Because most people get it all wrong.

So who has it right?

In short, a mystery school is an underground university, basically, that is devoted to a particular specialty in the ancient arts.

Some study astrology, others numerology.  Most the Kabbalah (because, religion aside, that’s where most of this esoteric stuff really comes from).

But there’s one in particular that SPECIFICALLY studies the Tarot.

(Hint:  And I can’t tell you who it is or else my contact may get into a lot of trouble over this post.)

You haven’t heard of most mystery schools because, until this post, the only way to find out is to be invited in.

This mystery school actually uses the Tarot cards – specifically the major arcana – as “keys” to unlock different parts of their subconcious mind!

Why? Because each card in the major arcana is a higher principle that lines us EXACTLY with the tree of life.  More on that later.

So how do they do it?

They have large black and white paintings of each card and they physically draw the cards themselves to integrate the lessons into their mind.

That’s why they call each card a “key” … because it unlocks these higher principles FOR you without much effort.  Other than coloring like a child in meditation, which isn’t any effort at all!

Because here’s the thing…

Have you ever had a free tarot reading and suddenly got an image in your head?  Perhaps a picture or even a brief moment of clarity about a situation?

That is your intuition speaking to you.  The Tarot works to strengthen your intuition with every tart card reading you get.  The cards simply clarify the messages you are already receiving from the Universe.

When you get your next free tarot reading, look for these …

Story telling is hard wired in us as humans.  Prior to the written word, the oral tradition of passing down stories was all we had!  So when people tell a story, we listen,  We are programed to listen and relate to that person telling that story on a deeply karmic level.  The importance of stories is often undervalued in society today – yet the biggest money making endeavors in the WORLD are usually fabricated stories that hollywood has produced on screen

And they usually follow the same progression depending on the genre.

Ever wonder WHERE they got these story plotlines from?  The really ADDICTIVE ones that we see played out over and over again – yet can’t help to appreciate once we watch?

Most people have no CLUE about this … but…

These stories come from the Tarot.

Each minor arcana card pinpoints a moment in time.  An ACTION moment – not a passive moment, usually.  There is something very specific happening, yet so extremely universal that it hits home once you read what it is.

When the 2-10 of any suit shows up in a reading it represents  a plot line currently unfolding in your life.  A glimpse into where you are at in the story that is unfolding for you right now.

These minor arcana tarot cards are not a static pose.  It’s not a painting of a fruit basket.  It is a moment of consequence.  It has it’s own life.

And it’s part of a bigger sequence.

This sequence is the natural evolution of how we as humans play out our own stories in different areas of our lives.

Each suit represents a different story plot line:  Stories of love and romance, sex and war, money and stuff, and lastly, transformation and truth.

These translate into the following elemental archetypes:

As you move from two through 10 of each suit, you are reading the plot line of the same old story line that humans have been repeating since the dawn of the written word (and probably far before that).

These are the FUNDAMENTAL stories that are engrained into the collective unconscious we all share as humans – the infinite source of wisdom our daily experience pulls from.

So when you pick a card that’s 2-10 of Wands, Coins, Pentacles or Swords … realize you are in that part of the movie right now relative to the spread position it lands.

So when you look at the tarot card meaning as a whole, think in terms of where am I at in my story and how does this apply?

Pro tip:  look at the card right before in the same suit – like the 4 of wands if you pull a 5 of wands, for example – and you’ll see the PREVIOUS act you just left to get insights into what brought you into that situation.  Also look at the NEXT card in the suit to see where you are ultimately going to end up – whether you are conscious of it or not!

Ok, that was long on the first one.  The rest I’ll fly through so you don’t have to wait …

A picture tells a thousand words, and these pictures are each individual glimpses at a moment in our life.  Each tarot card captures a moment in action – a moment extracted from our predictable and fundamental behaviors as human beings.  It’s our own collective unconscious being reflected right back at us with imagery that feels familiar to everyone

If a picture tells a thousand words, a symbol is worth a thousand pictures.   When you stand back and look at the card as a whole, you’ll start to see very small details – like the white rose on The Fool – or the fact that The Magician has all 4 aces on his table.

Or how The Lovers are the same two people chained to a rock in The Devil card.  These are all very specific and intentional.  They are saying something without saying something, that only your unconscious mind understands.

You think the magician’s red robe is arbitrary?  Or the white rose in the chest pocket of the Fool?  Think again.

It is said that numbers and math are our most tangible connection to the divine.  The reason why is because there are numerical patterns in the Universe that simply exist without ANY human intervention.  The study of these archaic number meanings is the study of Numerology – and each tarot card has it’s own subtle (and not so subtle) numerological meanings.

Beyond all the other symbolism is the numerology of tarot cards.  This is where things get pretty crazy, because not only are we talking about the numbers associated with the cards themselves, but every time there is a certain number of lets say the number of flowers on the crown of The Empress, or the 8  individual stars in The Star card, or even the 4 animals surrounding The Wheel of Fortune and The World.  Each of these tarot card meanings are completely unconscious and you don’t notice them unless you looked closely.

In astrology, planets play a significant role.  As I always like to say, imagine astrology as a play.  The planets are the actors, the source of the energy.  Signs are the roles that each actor plays.  And the house is the stage – the setting which the action goes down.

Some cards have direct correlation to planets.  When you see a planetary card, it is talking about the source of that specific type of energy that’s within you.  Remember, astrology is just a matter of identifying core human behaviors and fundamental psychologies that connect us all.  So all energies represented by all planets already exist inside of you.  A tarot card with a planetary ruler means that your type of ENERGY is a major factor in how the situation plays itself out.

So what?  Well here’s the crazy part.  When you line up each of the minor arcana cards along with it’s corresponding element, the – cards … 2 through 10 … line up to create the entire zodiac!

(Note:  We will make a video later to illustrate how this works.)

In other words, the standard number cards, the same you see in any playing ard deck in the world, directly maps out and illustrates the zodiac as different parts of the same ancient story line.

There’s so much more on this topic, but for now it’s important to understand the that tarot card meanings are not what they seem.

And that’s just 7 hidden tarot card meanings that exist as a way to boost the power of your intuition through improving your pattern recognition without you even knowing it.

For now, here’s a great quick start video that reveals 7 ways to quickly understand tarot card meanings without stressing yourself out.