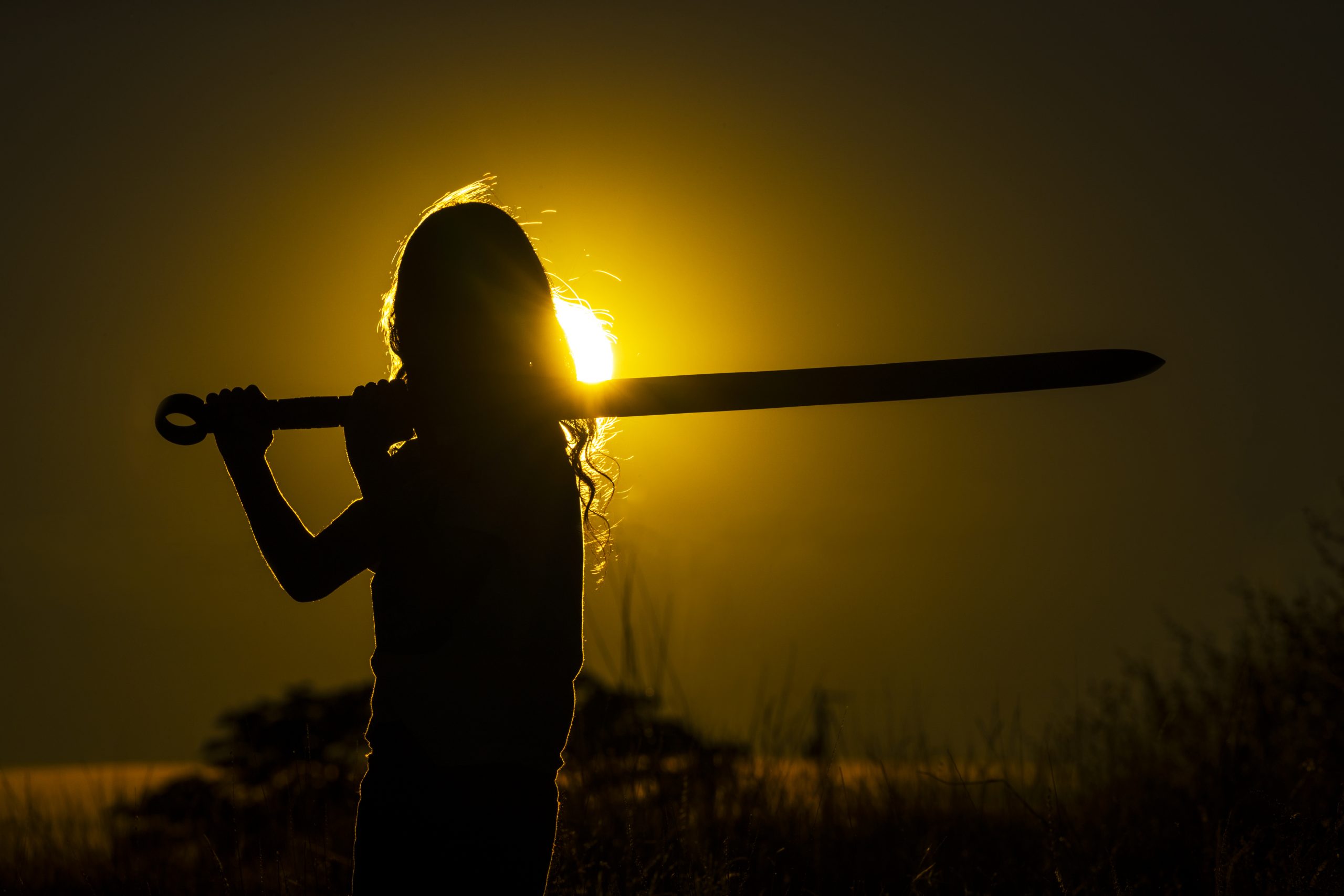 Jonathan here, with an important Tarot reading for you this week.

Have you been feeling like somethings been off recently? Maybe there’s been more conflict than usual in your life.

Our cards for the week are asking you to sharpen your blade of discernment, and step back into the clarity of your empowered self.

The first card for the week is the King of Swords, indicating a need for mental precision with a no B.S. attitude. A direct approach will be necessary this week to successfully navigate the upcoming challenges.

If you feel like there’s been deception, or half-truths, circling around you recently, then your second card is a confirmation that something is off. You may need to be harsh with someone, or even bring in outside mediation to help sort things out.

As a result, you could find yourself dealing with conflict and arguments throughout the week. However, our third card, the Five of Cups, can be turned into the positive kind of conflict and competition. The secret will be in bringing a unifying vision and perspective with the help of the King of Swords.

It’s a bit of a rocky road this week, but you have the ability to clear up some things that have needed your attention for a while.

Let’s see what the cards have to say.

#1: King of Swords | Owning Your Truth

Have you been needing to stand up for yourself lately? Maybe it’s been challenging to hold firm in what you know is true. Well, things might be starting to change this week.

When the King of Swords is drawn, it’s a good sign that your natural authority and courage are coming forward in you.

This King has mastered his mind, putting to rest the clutter and chaos of the mental realm. He looks at life and the challenges before him from a cool and calculated distance, allowing him to rule his kingdom with undisturbed intellect and healthy detachment.

You will likely feel as if you can express yourself in a clear and honest way in the coming days. The King of Swords communication tends to get straight to the point.

This week, If you speak with conviction, people who have been ignoring or not paying attention to you will be able to hear you, and won’t be able to avoid the clarity of your expression.

If you happen to be caught up in legal challenges, or in need of financial advice, the King of Swords may indicate hiring a specialist. Getting support from a lawyer, accountant, or anyone who has developed their mental skillset, could improve your situation drastically.

Mainly, this card is asking you to detach from the situation before you. Put some space between yourself and whatever is challenging you right now, and look at it logically and with discernment. Rather than getting caught up in the emotional ups and downs, can you see what’s in front of you from the cool, rational view of the King of Swords?

Sharp perception will be very helpful for you this week, especially in regards to seeing where people are lying or trying to pull one over on you, as we’ll see in our next card.

#2: Seven of Swords | A Wolf In Sheep’s Clothing

Do you feel like someone is deceiving you? Whether it’s a friend, a lover, or a business partner, it’s possible you’re not getting the full truth from someone in your life.

It’s also possible that you’re not being completely honest with the people around you. Did you do something sneaky recently that you’re now hoping to get away with?

When the Seven of Swords is pulled in a reading, there is almost always some kind of deception afoot.

Someone is trying to get away with something, whether they have been cutting corners to get to the finish line faster, or are downright lying to you, or you to them. Something fishy is in the air.

Manipulative activity like this is where the King of Swords’ knife like discernment can come forward to resolve your sticky situation.

Rather than listening to your emotional allegiance to a person, it’s time to look at the people around you with clear eyes in order to see what’s really going on.

Put your detective hat on, and look at all of the details this week. You can always call in a specialist, as recommended above, if you need to do some deeper analysis of business contracts, financial records, or any other area where deception might be cropping up.

The Seven of Swords can also show up when it’s time to build an aggressive strategy. If you are in a situation where you need to act fast in order to get what you want, then it’s time to put down plans on how you are going to make it happen.

It’s important you get a clear sense of who you can trust, and what your strategy is in moving forward. The more you can trust yourself and the people around you, the easier it will be to mitigate the conflicts that are indicated by your next card.

#3: Five of Wands | Conflict to Cooperation

Has there been a lot of distracting conflict in your life recently? If so, the conflict you’re dealing with might seem to keep getting in the way of your plans.

The Five of Wands is all about conflict and competition. As you can see in the card image, there are five individuals attacking one another with their wands. However, none of them are actually hitting the others, which tells us the fight is really over unnecessary problems.

Instead, each of these individuals seems to be creating trouble where there really doesn’t need to be any.

You could be having family trouble, where old family baggage keeps getting pulled to the surface to be chewed on and fought over. Or, there could be strife at work, where nothing seems to be getting done because no one can agree on what to do.

This might also be a sign of your own internal conflict, where you just can’t decide what direction you are going in your own life. It feels like you’re being pulled in one too many directions all at once.

Considering our first two cards, it’s important to get everything out on the table if you want to move through this contentious period.

Any deception needs to be revealed and worked through. You may need to be somewhat cold and cutthroat in order to bring things back into order.

By staying positive and constructive, while maintaining clear boundaries, there is a way to find unity within the confusion.

A clear perspective that is unbiased and detached will help bring about an underlying potential for cooperation represented by the Five of Wands.

Cutting Away the Dross

The King of Swords as your first card suggests you will get through this week without any big losses. He wants to remind you to stay somewhat detached from the situations in front of you.

Use your sword of discernment to bring to light any deception or malice in your business and personal life.

Using this mental clarity does not mean you have to be unkind, rather you can just be clear in what you are seeing and expressing.

The King of Swords is also the key to navigating any petty conflict coming up as seen in the Five of Wands.

Unifying your thinking, and getting clear about a vision that everyone can get behind, will help you gain cooperation, rather than argumentation.

All together, this is a bit of an intense week, but you have the tools and can find the support to help you move through it with courage. You can do it!

P.S. Has some kind of deception created unnecessary drama for you recently? What have you found to be the best way to deal with this kind of deceit?

P.P.S. If you are worried about someone lying to you, or you’re not sure what to do about a complicated situation in your life, you can schedule a private reading with me here.

As a doctoral student in Somatic Studies, Jonathan Lionheart has always has a fascination with things that are beyond this world. This led Jonathan to the Tarot, which he quickly absorbed as his go-to method for getting direct insights from the Universe.

As a doctoral student in Somatic Studies, Jonathan Lionheart has always has a fascination with things that are beyond this world. This led Jonathan to the Tarot, which he quickly absorbed as his go-to method for getting direct insights from the Universe.