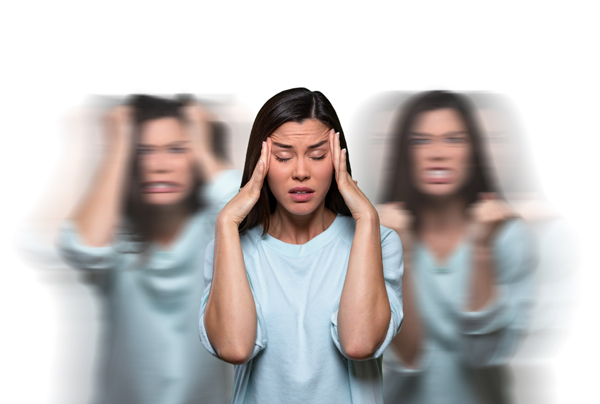 Have you felt a general sense of relief lately?  As if to say … “OK, this is the way it is. I can manage.”

That is the feeling of Saturn going Retrograde, which just happened on Sunday May 10th and will last until September 29th.

Saturn represents the authority that you have no control over yet must abide by in order to live well in a three dimensional life.

You’re already familiar with Saturn energy. It’s the feeling when you get pulled over for speeding, or when your boss walks in the room while you are slacking off. It’s the time when you got called down to the principal’s office and everyone in class turned and looked at you like you did something wrong.

Depending on how well you’ve been playing by the rules during any of these types of situations, your outcome will go one of two ways:

Either you gain the favor of authority and you are rewarded…

Whether that means the cop let you go, the boss was happy with your work, or the principal wanted to give you an award for being a good student. – In these situations you are “let off the hook” with a big sigh of relief...

You’re in trouble and will suffer the consequences. These consequences will be in proportion to what you have done, or neglected to do.

This is why Saturn is known as the Lord of Karma. What goes around comes around, and it’s Saturn’s job to make sure of it.

In your personal life, Saturn represents the boundaries you set and the structures you live by. If you have taken the last three years to build yourself a quality structure – and you get your life. together, – then Saturn will reward you.

If the structures you’ve built are on shaky foundations, Saturn will surely test them to see if they crumble. If you’ve set poor boundaries with others now, it may come back to haunt you. If your boundaries are firm yet comfortable, you’ll have the tools you need to get through this transit with ease.

In other words, Saturn is the Big Bad Wolf, and you are one of the three little pigs. When Saturn huffs and puffs, will your house get blown down?

Our Structures Will Be Tested Over The Next Four Months

Saturn is retrograding from 1 degree Aquarius, back into 25 degrees Capricorn – the sign Saturn has been in since December 19th 2017.

This means that whatever projects and initiatives we started back then are due for one last check in to make sure you are doing it right. It could mean continuing what you are doing now, or destroying the old to start anew.

Saturn begins his retrograde patrol at the first degree of Aquarius. Saturn entered Aquarius on March 23rd of this year, so any issues with your responsibilities that you have been dealing with since then will be the first concerns to be addressed.

(Note: You might have an idea of what this conflict could be for you, as we covered it in my previous horoscope when Saturn clashed with Uranus last month.)

Saturn retrograding suggests that you’ve chosen your path of how you are going to handle this issue, and now there is no going back.

This issue will be re-examined throughout the next month, as Saturn will be revisiting his path through Aquarius, until June 16th.

After that, it’s back into Capricorn, where it’s time to tie up more loose ends.

In Capricorn, Saturn is focused on resources, organization and infrastructure. This means getting all of your legal and financial matters in order before you can truly move forward with the life you have built for yourself.

If you have worked hard and selflessly over the past few years, Saturn will reward you. Business structures will undergo major changes, and this could be your chance to get a promotion.

If you’ve been selfish and focused on your own gain, – or even abused the process of authority to your advantage, – you will face the music and be forced to change your ways.

Just like a good boss, Saturn will be fair, but expect you to play by the rules.

The secret to prospering through a Saturn retrograde is to learn how to play Saturn Says.

Do you remember the game Simon Says?  We all played it as children.

Well, this game is almost the same – except the consequences are real.

This is a time to come to terms with the structures and boundaries you cannot control, yet must abide by. When you pay attention to these boundaries, you’re doing what Saturn Says.

If Saturn says go to the dentist, schedule an appointment. If you are tempted to invest your savings into a high risk venture, be careful that it is not at the expense of your duties, responsibilities or necessary tasks. Saturn won’t like that. It’s not what Saturn Says.

You will learn a lot about how you deal with authority and responsibility during this time. Just be sure you know when to put down your swords and surrender. Don’t bang your head against a steel door. It won’t get you where you want to be.

What To Watch Out For During This Saturn Retrograde

One of the most common influences of a Saturn retrograde is for our own negative Saturn traits to creep into our personalities.

Depression and anxiety are even more common during this Saturn Retrograde due to an influence of a fixed star called Altair that is known for mental psychosis, pain and suffering. It’s an adds a dose of extreme isolation, which is fitting as we have all been stuck at home due to Covid–19.

The forced concept of social distancing is very archetypal of Saturn in retrograde, and will likely be enforced to the point of overkill. Socially, we will be making many changes in the way we physically do things together. I wouldn’t expect the restrictions to be fully lifted any time soon.

If you’ve been experiencing psychological issues, they may come to a climax over this time. Painful memories from your past can be triggered at this time so make sure to give yourself a way to cope with it ahead of time. Consider joining an online support group, find a counselor that you can schedule remote sessions with, and get out in nature wherever you can.

Take extra care of your body and health now as it may be tested over the next coming months. If you find yourself in a negative headspace, do something you know will help ground you and reset your emotions. If you plan to counter stress ahead of time, it becomes much easier to manage.

After a long journey away from his desk, the boss will be coming home to see how well you’ve been taking care of your responsibilities.

You can expect a major reality check on or around September 29th. If you’ve been taking care of business, you’ll have a brand new path laid out before you. The conflicts you’ve been experiencing over projects started at the end of 2017 will find resolution.

But we won’t be out of the woods yet.

Saturn will still be in Capricorn for another three months. However, we can all look forward to the light at the end of the tunnel, when Saturn leaves Capricorn on December 18th. It won’t return to this placement for another 30 years.

This also means it’s critical that you handle your Saturn in Capricorn issues of financial and work related responsibilities, because you won’t get another chance for nearly three decades.

It’s time to buckle down. You will be very glad you did come September. Although this is a fairly astrological heavy influence, don’t worry.  Everything will work out in your favor as long as you are dynamic enough to pay attention to Saturn’s boundaries and change your course when necessary to ride this wave through.