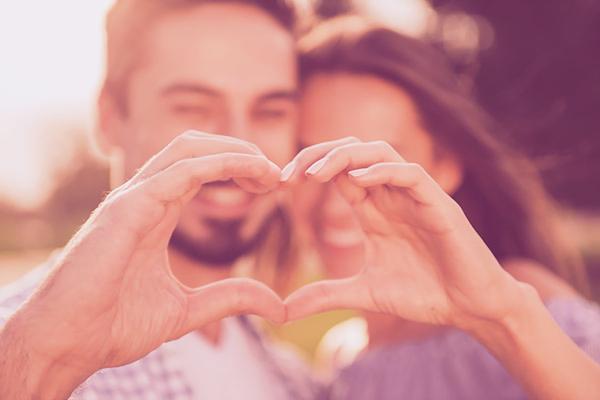 Are you feeling it?

The gust of optimism and buoyancy that has filled the air?

Feels good, doesn’t it? Heck yeah, it does.

After 42 days of retrograde, Venus has completed her backward trek through Gemini, and has finally turned direct.

Now that we’ve cleared the way to move forward in our existing relationships, or open ourselves to new relationships entirely, there are a ton of fresh new insights for you to receive.

Now is the time to get clear on your retrograde lessons and see what you’ll take into your future and what you’ll discard.

In today’s horoscope, we’re going to look at the last 6 weeks of your life, examine the lessons, and see what new direction you are destined for.

It’s been a time of upheaval for relationships since May 13th, when Venus went retrograde in hyper-communicative Gemini – a sign ruled by Mercury, the planet of communication.

Venus in Gemini loves small bits of information, and wants to communicate for communication’s sake. Here, Venus is open minded, free spirited, and strongly independent. During the retrograde, we saw communication in relationships go haywire.

If it turns out that you really don’t communicate well in your relationships, this retrograde was here to show you how. Finger pointing became the norm, and true feelings were stuck inside.

Giving each other space became an issue, as well as setting boundaries. Tensions were heightened by the worldwide quarantine that “just so happened” to be in alignment with issues brought on by this specific retrograde.

Romantic relationships had it the worst, turning everyday conversations about the relationship into a battle of firing emotional arrows at each other.

Relationships that were not great to begin with found swift endings, while even the strongest relationships went through serious trials, barely making it through to the other side.

Gemini can be sharp in the tongue, and we found ourselves recalibrating our relationships with an undertone of accusatory vibes.

Amidst the muck, we found our relationship patterns staring at us in the face, and insights into what we need to change to find a balance between “me time” and “us time.”

Would it be easier with ESP? Yes, but if this Venus retrograde in Gemini has taught us anything, it’s that people won’t know what you are doing – or why you’re doing it – unless you TELL them.

In what parts of your relationship did you find out you could improve your communication?

Did you find a way to be clearer or more honest so you can let your partner know where you’re really at?

In what ways did your communication patterns change to make you a better partner?

Did you learn how to communicate your needs in better ways so they could be met without your feeling neglected?

Right now through the weekend the most potent chance you’ll have in the next year and a half to create changes, and make those changes stick. Be honest with yourself, and with your partner. Let them know exactly what is going on. 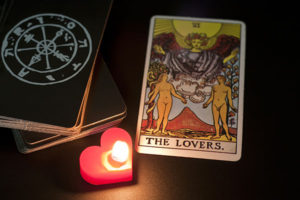 In the Tarot, Gemini is represented by the 6th card in the Major Arcana: The Lovers.

It’s image depicts a man and woman standing opposite each other, with an angel between them transmitting divine messages from above.

The Lovers represent the innate duality of Gemini, and with Venus being the star of the day, there couldn’t be a more appropriate card.

This past Saturday, on June 20th, Venus entered the 5th degree of Gemini, which is the same degree she turned around in just last night, at 11:48 PM PST (2:48 AM EST). This was the same day as the Solar Eclipse in Cancer, adding a big dose of karmic fruition into your relationships.

This slow movement of Venus turning direct brings the planet’s energy to a boil, highlighting the true meaning of this retrograde in your life.

Have you found a way to reconcile your differences?  Have you met someone in the past week who’s made a major impact in your life? Has someone close to you made it clear that they need to go? Which interactions have set your heart and mind on fire? Which ones have pulled you down and drained your energy?

By now, the answers should be clear. If you know who these people are, then now is the time to take decisive action.

Venus will stay in the same 5th degree of Gemini until July 1st. Pay close attention to the clues you receive until then. They will spell out exactly what that action should be.

Clearing Out The Old To Welcome The New

Often times, with Gemini, there is a clear path to the old, juxtaposed with a new path yet to be traveled. With Gemini in Venus, this usually represents two romantic figures – one being an ex, and the other being someone new.

During the retrograde, many people found themselves dealing with their exes in a not so awesome way. It may have been someone from long ago who recently resurfaced, or a recent breakup that came to completion during this Venus retrograde.

If you know who in your life this person is, pull them up in your mind right now.

The relationships of your past are a reflection of who you were at that time. So much has changed in the last year and a half, that you are no longer the same person.

You no longer have the same needs and desires. Your ideas of connection have changed. The same is true for your partner.

Sometimes people grow together, and sometimes they grow apart. During the retrograde, you became clear on what you really want. You may have inadvertently set intentions for what you WANT after dealing with what you DON’T want in your current relationship, perhaps by direct comparison. Now, as Venus goes direct, those intentions begin to manifest themselves.

If you stay complacent and let things be “the way they are” then you will be stuck with the vibration of these decisions for the next year and a half. Choose wisely. You may choose to keep old connections that seem stressful or insecure, however, they cannot keep going the same way. Real changes must be made in order for things to continue.

While real changes may be possible in your current relationship, the best course (if you feel it in your heart) is to move on.

This may mean ending the relationship completely, or changing it in a way that there is more distance and you are less in each other’s lives. Gemini is 3rd house energy, the house of your local life. If someone does not fit into your local lifestyle, there’s no reason to force it. Some people are best loved at a distance.

While it may be difficult at first, you will feel much better, and lighter in your heart. Old wounds will finally begin to heal. Through your healing, you will make room for new potential partners who will set your heart on fire.

A New Kind Of Romance You Never Thought Possible

As we shift into this next 1 ½ year cycle, our entire concept of a quality relationship has changed. These past 6 weeks served as a harsh reminder of exactly what qualities you need in a relationship to be happy, which is likely much different than it was before.

As with everything Gemini, there’s a pattern of things coming in opposites. If you’ve been dealing with old and broken connections that need to end, it’s inevitable that you also have new and promising connections on the horizon. These connections reflect the new cycle in ways that you’ve never experienced.

What new ways have you found to move forward with your partner?  Who has become a new romantic interest that you didn’t expect recently? What new social situations have you encountered that may open the doors to great new friends? Have there been changes at work that put you in connection with new people that inspire you?

This energy can manifest the potential for a new kind of romantic relationship that you never thought was possible.  In Gemini, this manifests as a connection that is intellectually stimulating, opening new doors for your mind to explore.  There is an exciting feeling associated with Gemini, which will be the mark of relationships birthed during this new cycle.

If you’re in a relationship, this can mean you and your partner have come to terms and understand what each other needs to move forward.  If you’re single, anyone new you’ve come into contact with over the past week, or will meet by July 1st, may bring a breath of fresh air into your life.

​​After July 1st, Venus moves out of the 5th degree of Gemini and begins moving forward out of its shadow period. What plays out will feel like “the way it should have gone the first time.”

​​Stay open to new connections and be ruthless in releasing your past. Any baggage you bring forward past July 1st will likely stay with you for the duration of this new cycle. ​​If a relationship feels constricting and depleting, then move on. There’s no room for that in your life anymore.

​​If you meet someone new during this time, you will find that they offer you a glimpse into a much more appropriate connection for you. Regardless of where it goes, it will show you the kind of freedom and independence that Venus in Gemini wants you to have. This new kind of relationship is a reflection of the cycle to come.

If you are uncertain, look into your heart for answers while Venus is still in her direct station. The energy this weekend is ripe for emotional honesty within yourself.

From July 1st until July 29th, Venus will be creeping back through the degrees she just retrograded through. This means the month of July will reflect the month of April (when she first trekked through Gemini) except this time, things will go the “right” way – the way they were supposed to go the first time.

In other words, you will have one more month of relationship karma to work through, but it will be much easier this time. The more you reflect on what you truly need moving forward, the easier time you will have in July as your relationship situation begins to smooth itself out. By the end of July, things will be even more clear, and the storm will have fully passed.

If you’re starting a new relationship that’s formed during this time, give it a chance through July to see if it’s really right for you. Think of the next month as a buffer zone to make sure you make the right changes at the right time, as you fully integrate the lessons you’ve learned.

Your heart is opening now, wider than ever before. Do something beautiful for yourself this weekend to celebrate. It’s been a long retrograde road, and now that you’ve made it through, you’ve absolutely earned it.

You have so many blessings coming to you now, you have no idea. Have faith. Your world is about to change.

P.S. Who in your life do you need to cut away? And who are you welcoming with open arms? I don’t need names, but I’d love to hear how this direct station has affected your relationships!  Leave me a message below in the comment section and let me know 🙂